Minority Report is a 2002 American neo-noir science fiction mystery-thriller film directed by Steven Spielberg and loosely based on the short story of the same name by Philip K. Dick. It is set primarily in Washington D.C., and Northern Virginia in the year 2054, where "PreCrime", an experimental, specialized police department, apprehends criminals based on foreknowledge provided by three psychics called "Precogs". The cast includes Tom Cruise as PreCrime Captain John Anderton, Colin Farrell as Department of Justice Agent Danny Witwer, Samantha Morton as the Precog Agatha, and Max von Sydow as Anderton's superior Lamar Burgess. The film is a combination of action, thriller and science fiction.

Spielberg has characterized the story as "fifty percent character and fifty percent very complicated storytelling with layers and layers of murder mystery and plot".

The film was first optioned in 1992 as a sequel to another Dick adaptation, Total Recall , and started its development in 1997, after a script by Jon Cohen reached Spielberg and Cruise. Production suffered many delays due to Cruise's Mission: Impossible II and Spielberg's A.I. running over schedule, eventually starting in March 2001. During pre-production, Spielberg consulted numerous scientists in an attempt to present a more plausible future world than that seen in other science fiction films, and some of the technology designs in the film have proven prescient. Minority Report has a unique visual style. It uses high contrast to create dark colors and shadows, much like a film noir picture. The film's overlit shots feature desaturated colors which were achieved by bleach-bypassing the film's negative in post-production.

Minority Report was one of the best reviewed films of 2002. It received praise for its writing, visuals and themes, but earned some criticism for its ending which was considered inconsistent with the tone of the rest of the movie. The film was nominated for and won several awards. It received an Academy Award nomination for Best Sound Editing, and eleven Saturn Award nominations, including Best Actor, Best Supporting Actor, and Saturn Award for Best Music, winning Best Science Fiction Film, Best Direction, Best Writing, and Best Supporting Actress. The film was a commercial success, earning over $358 million worldwide against an overall budget of $142 million (including advertising). Over four million DVDs were sold in its first few months of home release.

Minority Report takes place in a futuristic Washington D.C. in 2048, where the PreCrime Division, a specialized agency using the Precognitives, stops crimes before they happen.

The film's central theme is the question of free will versus determinism. It examines whether free will can exist if the future is set and known in advance. Other themes include the role of preventive government in protecting its citizenry, the role of media in a future state where technological advancements make its presence nearly boundless, the potential legality of an infallible prosecutor, and Spielberg's repeated theme of broken families.

Add a photo to this gallery 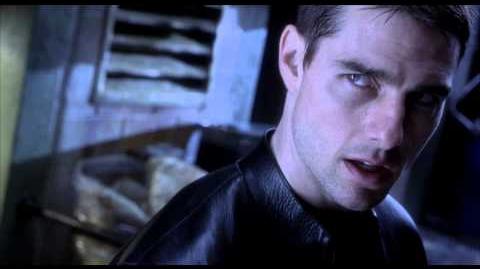 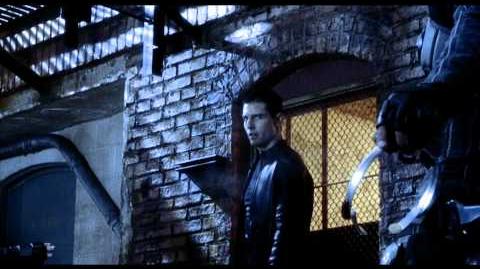 Minority Report - Official® Trailer 2 HD
Add a photo to this gallery
Retrieved from "https://minorityreport.fandom.com/wiki/Minority_Report_(Movie)?oldid=4707"
Community content is available under CC-BY-SA unless otherwise noted.